New innovative medicines should be made available to European citizens more quickly. That is why the European Medicines Agency updates the process for market authorisation.

Anthony Humphreys sighs when asked what the new strategy means for doctors. ‘What can I possibly say?’ The former pharmacist from Ireland is responsible for EMA’s ‘Regulatory Science to 2025’ strategy, as EMA’s ‘plan for advancing EMA’s engagement with regulatory science’ is called. The interview has now lasted an hour and it is the first time that Humphreys is searching for words.

EMA formulated five goals for the new strategy: ‘the integration of science and technology in drug development’, ‘better scientific evidence’ of new drugs, ‘a greater role for patients’, ‘being able to respond quickly to new healthcare needs’, such as the Covid-19 pandemic and creating and supporting a ‘learning regulatory system’ so that the EMA can continue to respond to changes in drug development.

Collectively these goals should ensure that EMA does not become an obstacle in drug development. In the past, the organisation mainly assessed large clinical trials, in which the patient went to the hospital and received pre-described treatment. In recent years, EMA has received very different market authorisation dossiers. That is the result of rapid technological development, says Humphreys.

He lists: the further breakthrough of medicines against rare diseases, the introduction of gene therapy and the increasing use of biomarkers in defining a disease. These developments meant that disease areas are increasingly divided into smaller chunks, resulting in smaller and smaller groups of patients. So, if EMA adhered to the classic design of large Randomized Clinical Trials (RCTs) in which thousands of patients would have to partake, not one medicine would probable make it to your pharmacist.

To prevent this, we will have to accept that the level of evidence for some new therapies will be lower than we are used to, says chairman Joop van Gerven of the Dutch Central Committee on Research Involving Human Subjects (CCMO), a government body that supervises Dutch medical ethics review committees. Or as Professor of Pharmacy Bert Leufkens of Utrecht University puts it: ‘Making responsible decisions while you still have questions, is the core of “regulatory science”.’

Not surprisingly, the biggest concern as expressed by doctors in the public consultation, is that EMA would give up on the ‘gold standard’ for judging safety and efficacy of new medicines, says Humphreys. ‘They told us: “Don’t give up on conventional Randomized Clinical Trials (RCT’s).”‘ Humphreys can see why doctors fear the demise of the RCT. ‘They are trained in evidence-based medicine. They have learned to read scientific papers and have been taught to be sceptical about innovation in scientific research.’

In contrast to doctors, Humphreys welcomes the innovations. As an example, he mentions the use of real-world data, information that has not been collected in the context of a clinical trial, but in an observational setting, e.g. while treating normal patients. Researchers can obtain this kind of information from patient files, declaration data as provided by health care insurers and disease registries, but it can also be supplied by patients using, for example, wearables, blood pressure monitoring devices and questionnaires. EMA wants to use this kind of data to assess, for example, how a patient experiences the treatment.

For now, EMA will only use these new forms of evidence in addition to the information from RCTs, says Humphreys. ‘We are not now abandoning the RCT as the primary source for the authorisation of new substances. Like doctors, we love RCTs because they still provide the highest level of evidence. That is good for us, as regulators. But it doesn’t guarantee that multimorbid patients receive the best treatment.’

Whether that is the case with real-world data remains to be seen, says Adam Cohen of the Centre for Human Drug Research, an organisation that focuses on early-stage clinical research. According to Cohen, real-world data is always biased. ‘So real-world data can never replace the RCT, we cannot let that happen.’

By adopting a new regulatory strategy, EMA wants to ensure that the European Union remains attractive for drug development. ‘The EU’s authorisation procedure has evolved over a long period of time and has therefore become extremely complex,’ says Humphreys. ‘Big Pharma understands that process, but the research and development of new medicines is increasingly being done by universities and biotech companies, funded by venture capital.’

Those new players get stuck in the regulatory process, meaning they fail to get their products from the lab into the clinic. ‘Those new players don’t know how to navigate through this world with its various milestones like nonclinical studies in animals and first in man trials. We are not there to be an obstacle and to block these developments that really have value for patients unnecessarily. So, for these smaller developers, the product may be fantastic and the real tragedy would be that by making some poor choices in early stages, their development is lost to follow up.’ That is why EMA is increasingly helping those smaller companies by supplying them with ‘scientific advice’, so they do not waste money on studies that are not useful in the regulatory process.

However, the ‘Regulatory Science to 2025’ strategy is not completely ‘novel’. For the past years, EMA already supplied companies with scientific advice. For example, to companies developing medicines to treat rare diseases.

Since 2006, the EMA has also granted ‘conditional marketing authorisations’ (CMA) to products where some of the scientific evidence was missing. The intention is to get products that potentially address an unmet medical need to the patient as soon as possible. The assumption is that the benefits of rapid availability outweigh the risks. While the first patients are already being treated, manufacturers must provide additional evidence. But they sometimes miss a deadline, researchers at Utrecht University found. As a result, patients may be exposed to harmful medicines for longer than desired.

In 2017, the EMA evaluated its own policy. In the ten years since the policy was introduced, 17 oncology products were conditionally approved for marketing. None of them could proof that they helped cancer patients live longer. EMA demanded 37 more studies, of which only 9 were aimed at ‘overall survival’. That conditionally approved medicines are not always safe, was shown last year, when EMA withdrew the conditional approval of olaratumab. The medicine was used in combination with doxorubicin for the treatment of soft-tissue sarcoma. It turned out that the medicine did not improve overall survival. At present, 24 medicines have an active conditional authorisation.

Because EMA explicitly sees itself as a ‘network organisation’ – the draft strategy emphasises this more than 100 times – companies, scientists and other stakeholders were given the opportunity to express their views on the new strategy. According to an EMA spokesperson, that did not lead to an adjustment of the core objectives. The process of writing a new strategy was also necessary for EMA itself. ‘Think of it as a health check,’ Humphreys says. ‘Due to Brexit and our relocation to Amsterdam, some of our employees will change jobs and we wanted to make sure that we are fit for purpose for the next 10 to 15 years.’ Regulatory bodies are always a little understaffed, Humphreys says. ‘It’s never quite hunky-dory, but we can’t keep asking for more money, so we have to be smarter with the resources we have.’ Whether it leads to faster approval of new medicines, will become clear in the coming years.

The Dutch version of this article was published in Nederlands Tijdschrift voor Geneeskunde.

Stricter rules for the e-cigarette are way down the road

The UN conference on stricter tobacco policy has fizzled out. ‘Milestone’: a minuscule fund to help poor countries getting rid of tobacco. By: Ties Keyzer &

Read the full newsletter here. By Marcel Metze Dear reader, I’m glad to report that in the past year, the number of our followers has 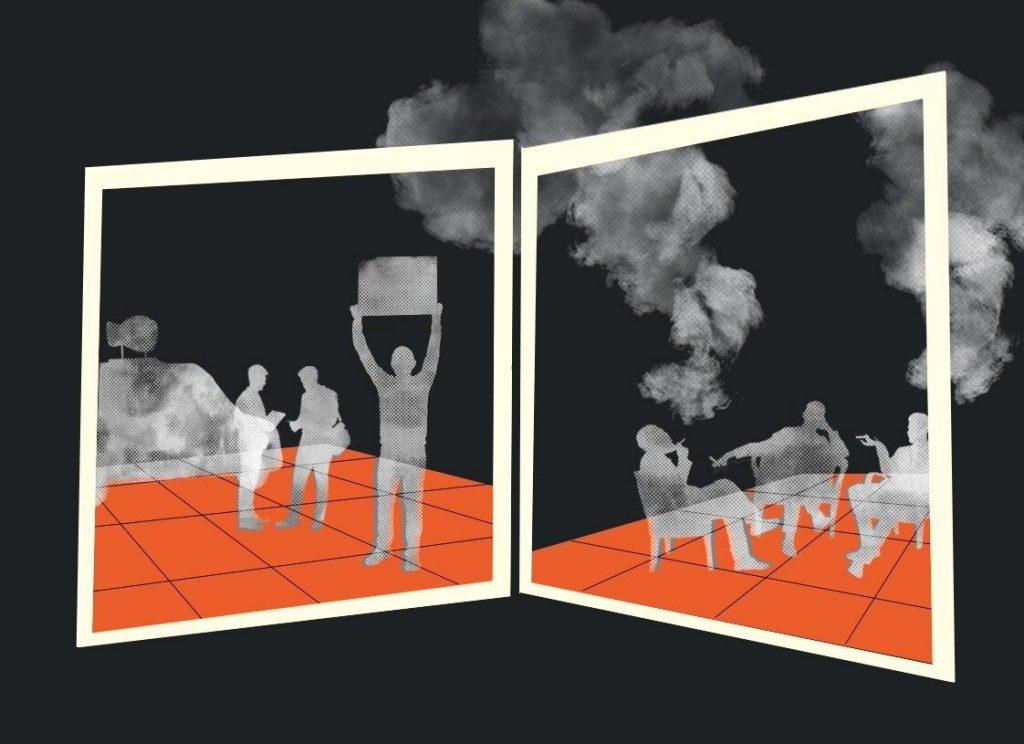 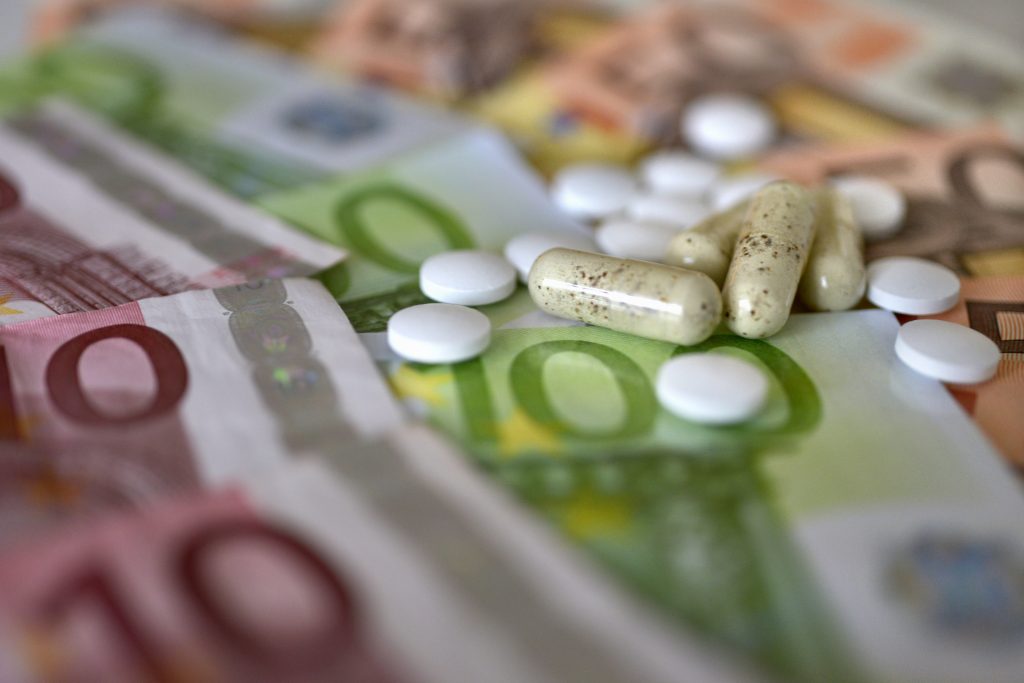 By Lucien Hordijk and Daan Marselis Using a set of legal tricks, the pharmaceutical industry was able to turn an animal gallic acid into a 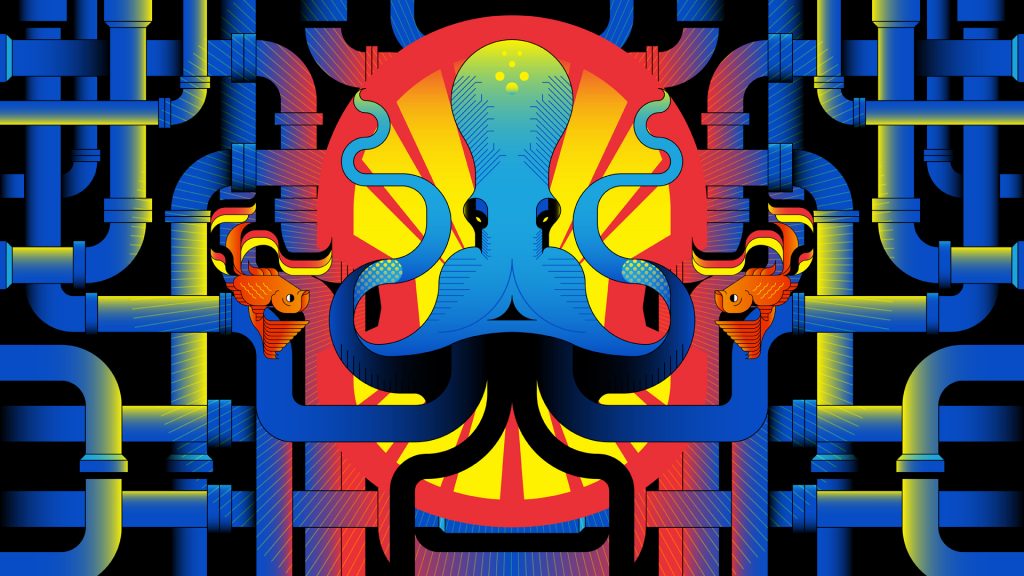 How Shell influenced the Dutch political position on Russian gas

With a sophisticated lobby, oil company Royal Dutch Shell influenced the political position of the Netherlands on Nord Stream 2, The Investigative Desk revealed in 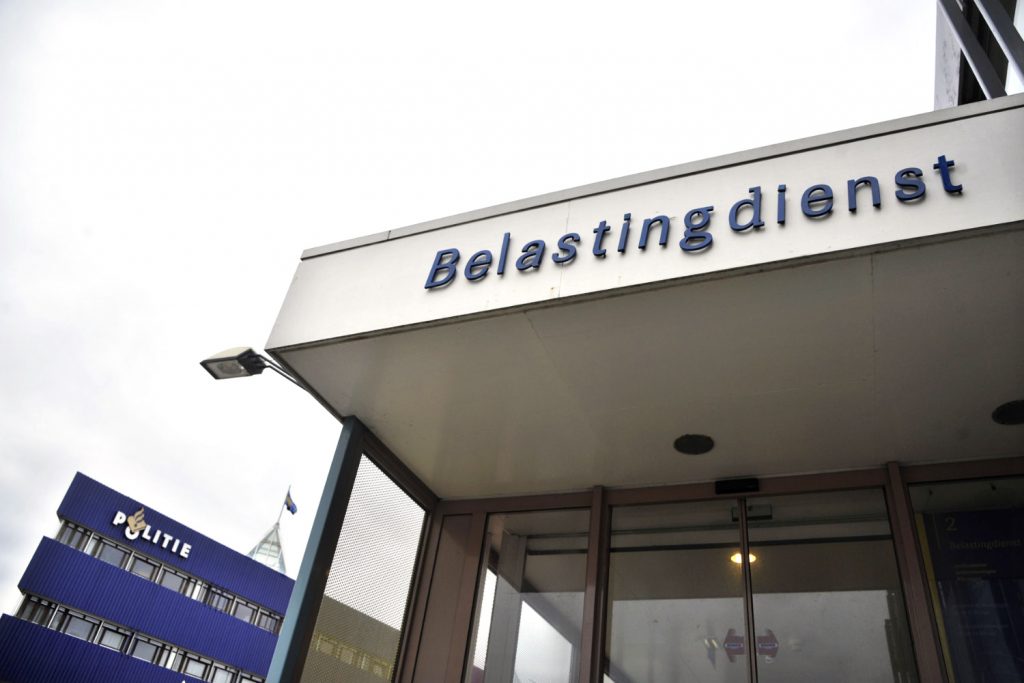 Footwear company Crocs bypasses European and US efforts to end a widely used form of tax avoidance in the Netherlands. Due to interventions by both